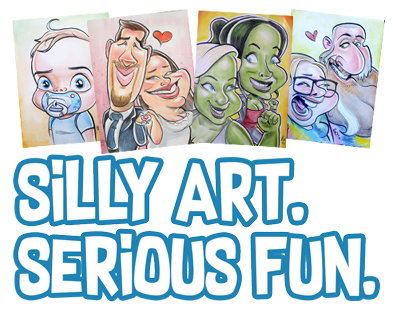 There I stood in my turquoise pants and chaoticly neon shirt, an outfit called "the clown suit" by many of us at Animal Kingdom, watching one of our more practiced artists draw. The subject of likeness wandered it's way into our conversations and he said something quite insightful. It was something like "The key is to capture the essence of the person. Now go get me a coffee". Okay, I made the coffee bit up, BUT what he said had some truth in there.

Caricature artists love to wax on about their art and their guiding principles but this was a great nugget. The 'essence'; what the hell was that? I think it's two-fold.

I think part of capturing their essence is reflecting their personality in the drawing. Are they energetic? Timid? Angsty? Find ways to communicate this through color, shapes, and pose.

Now, this can be easier for some than others. However, I think one of the main ideas of "essence" is primarily for people with a 'style' they draw in. Much like a cameo in the Simpsons, an artist's style can restrict drawing a person exactly as they are. For example, maybe they're drawing in a more chibi anime style that's really detatched from real people. Instead, it's maybe one or two major things about them that stand out and the rest is formatted in much the same manner as their other drawings. Many times, that's leaning into the expressive nature of the style rather than the restriction of physical accuracy.

NOW, that is not me slamming that approach at all. I've seen a handful of artists who absolutely own at this approach and it's always inspiring. It leans heavily into character design and I love it.

So, if you've been struggling with breaking out of a rut, maybe this will help. Now, bust out that sketchbook and start scratching! 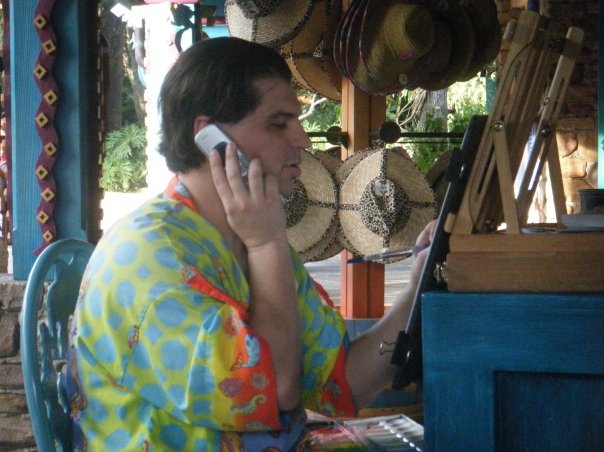